How does a tidal bore work?

We take the tidal bore for granted around here, and ride it every day. But tidal bores are a phenomenon that only take place in a very few spots worldwide. Here in the Maritimes, we can see it in Maitland, Truro and even extending into Moncton, NB via the Bay of Fundy. But aside from here, you’ve pretty much got to BC, Europe, Asia or Alaska.

So how does it work? Well, a tidal bore is a tidal phenomenon where the leading edge of the incoming tide forms a waves of water that travels up a river or against the direction of river’s current. The river actually changes it’s flow before your very eyes!

Bores occur in areas with a large tidal range and where incoming tides are funneled into a shallow, narrowing river or lake via a broad bay. The funnel-like shape not only increases the tidal range, but it can also decrease the duration of the flood tide, down to a point where the flood appears as a sudden increase in the water level. A tidal bore always takes place during the flood tide and never during the ebb tide. Bores may take on various forms: from a single breaking wavefront with a roller to undular bores, made up of a smooth wavefront followed by a train of secondary waves known as whelps.

Bores cause intense turbulence and a rumbling sounds. The water surges and smashes every which way and a ‘roar’ is caused by the the turbulence in the bore front and whelps, entrained air bubbles in the bore roller, sediment erosion beneath the bore front and of the banks, scouring of shoals and bars, and impacts on obstacles. The bore rumble is heard far away because its low frequencies can travel over long distances. The low-frequency sound is a characteristic feature of the advancing roller in which the air bubbles entrapped in the large-scale eddies are acoustically active and play the dominant role in the rumble-sound generation. 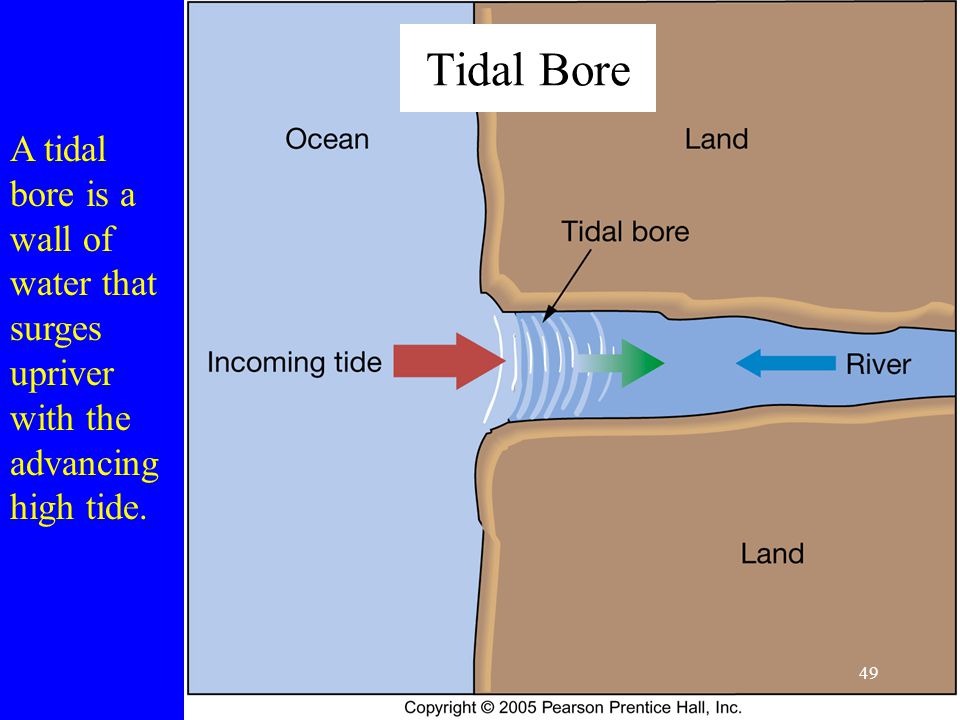 Tidal bores may be dangerous and many bores have had a sinister reputation in many places where they are found including the River Seine (France); the Petitcodiac River (Canada); and the Colorado River (Mexico), to name a few. In China, despite warning signs erected along the banks of the Qiantang River, a number of fatalities occur each year by people who take too much risk with the bore.

On the other hand, tidal bore-affected estuaries are rich feeding zones and breeding grounds of several forms of wildlife. The estuarine zones are the spawning and breeding grounds of several native fish species, while the aeration induced by the tidal bore contributes to the abundant growth of many species of fish. The tidal bores also provide opportunity for recreational inland surfing, kayaking and rafting.

They call it a bore – but it’s far from boring! (GoPro Video)

Now that we live in the age of waterproof GoPro cameras – we can show you a snippet of what it’s like to ride the Shubenacadie Tidal Bore! Watch from a first person POV as we crash through some waves… a daily occurrence here at Shubenacadie River Runners, NS.